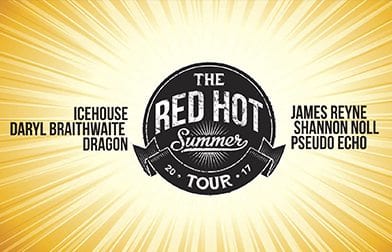 For almost a decade the RED HOT SUMMER TOUR has been smashing records across regional Australia, bringing some of the biggest Aussie Rock headliners to Victoria, New South Wales, Tasmania, Queensland and South Australia. After a swag of sell-out shows throughout the summer of 2016, the iconic festival tour is back in 2017 with another stellar bill featuring the legendary ICEHOUSE, James Reyne, Daryl Braithwaite, Shannon Noll, Dragon and Pseudo Echo.

RED HOT SUMMER TOUR promoter Duane McDonald says the 2017 touring festival will continue to promote some of the best Australian music on the scene today. “We have been proud to present some legendary artists on the line-ups for the RED HOT SUMMER TOUR over the years,” he says. “This year we are proud to bring the mighty ICEHOUSE to the line-up for the very first time, as well as welcoming back some artists who have made the festival unforgettable over the years. The 2017 will rock the socks off of music fans.”

The RED HOT SUMMER TOUR always sells out well in advance, and year after year it has been proven to be one of the best value for money concert experiences in Australia. Music fans are recommended to get in early to secure their tickets so they don’t miss out on one of the biggest line-ups of Australian music royalty to share the same stage. 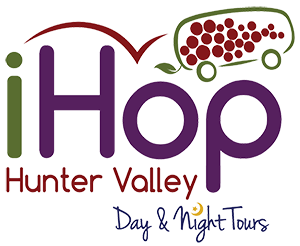 With 400+ 5 star reviews on Tripadvisor